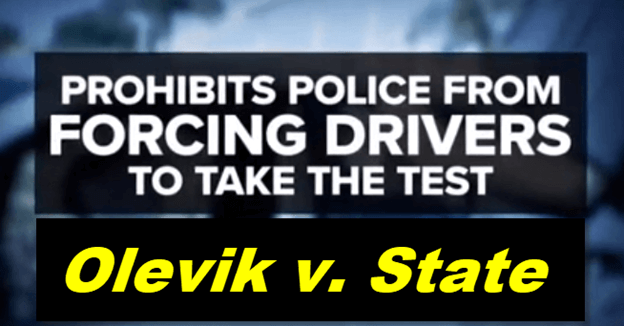 Olevik is not just about DUI law. It is also about constitutional interpretation.  Olevik held that the Georgia Constitution’s guarantee against self-incrimination must be interpreted to accord with the “original public meaning” of that provision.  This is as close as it gets to an invitation to whip out the Georgia Constitution and read old cases.  It reopens controversies that seemed settled a decade ago.

One of the most interesting areas of Georgia law is in the allocation of power between judges and juries.  Under Paragraph XI of the Georgia Bill of Rights, in criminal cases, juries are “the judges of the law and the facts.”  This provision was inserted into the Georgia Constitution in 1877, though it had been a statute earlier.  The change occurred when Georgia’s ruling class was in disgrace: it had orchestrated a slaveholder’s rebellion against the United States of America, slaughtered a fifth of the men in Georgia, and impoverished almost everyone else.  The first “great Depression,” which hit in 1873, had deepened poverty even further.

In ante bellum Georgia, judges had been part of the ruling class.  Most had rebelled against the United states and brought disaster.  The 1877 Georgia Constitution attempted to curb their power by empowering juries.  It evinced a strong belief in direct democracy.

Through the 20th century, the Georgia courts tried to limit the power of juries.  They have interpreted Paragraph XI so narrowly that it cannot even be mentioned in some courts.  A respected and learned judge recently forbade me from reading Paragraph XI.  Before Olevik, he would have been on very solid ground.  Olevik has changed that.  It is time to litigate whether juries are indeed “judges of the law and the facts.”  If the Georgia Bill of Rights means what it says, there is no harm in reading it to a jury.