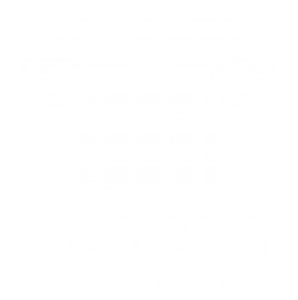 Will this be on my criminal history?

Almost every client asks me this question. Unfortunately, many attorneys either don’t know the full answer to this question or don’t explain it to their clients. The answer is a bit complicated, but is important to understand.

Three days before the 2000 Presidential election, the media reported that George W. Bush had been arrested for DUI in the 1970s. Bush came from a rich family and had the best attorneys money could buy. These attorneys certainly achieved a great deal. His conviction did not come out during his two campaigns for governor of Texas. It did not come out during the Republican presidential primary. It did not even come out until many people had already made up their minds in the general election. Yet even the best lawyering could not hide this conviction from the glare of the national media. Mr. Bush’s DUI conviction illustrates the complex nature of criminal histories. No arrest can be completely hidden, yet aggressive lawyering can make charges much more difficult to find.

Ordinary defendants are also at risk of having arrests posted on the internet. Go to www.google.com and type in “Keiasia Dasha Williams Georgia.” Ms. Williams is not my client, I have never spoken to her, and I don’t know whether she has done anything wrong. However, I do know that she was arrested on suspicion of shoplifting on August 4, 2013. All I had to do was examine records maintained by the Henry County Sheriff’s Office. If you “google” her, three different records of her arrest will appear at the top of your search results. Within a few days of arrest, almost any arrest will be on the internet.

The sites that post these records are trying to charge fees to “take down” these records. If you pay each of these sites a few hundred dollars, these records can be eliminated. However, any arrest will also be reflected in several public records which cannot be destroyed. Any time a person is arrested, several records are created:

Many attorneys tell their clients “because you were treated as a first offender, this will not be on your criminal history.” This answer is misleading. I have received hundreds of calls from defendants represented by other attorneys. These defendants thought an old charge “would not be on their history” and were shocked to lose a job offer or even their job when an employer discovered an old charge. When a defendant successfully completes first offender treatment, the charges are deleted from the public version of his official criminal history. However, the criminal charges and the defendant’s guilty plea to these charges are still part of the public record. Any person who types a defendant’s name into a computer in the courthouse can pull up a complete record of the defendant’s case. Many private companies create criminal histories based upon courthouse records. First offender treatment will not “hide” a charge.

When a first offender is arrested, first class legal representation aims to minimize the paper trail created by the arrest. This requires early action and even early action does not guarantee a happy outcome.

The ideal outcome is to convince a prosecutor not to file charges. This avoids the creation of court records that are open to the public and may be difficult to seal. The next best outcome is either: (1) enter a pretrial intervention program; or (2) obtain a not guilty verdict. The third best outcome is to obtain first offender treatment or conditional discharge. Such an outcome technically avoids a conviction but requires an admission of guilt that is recorded in a permanent court record. The worst outcome is formal conviction.

When a defendant completes pretrial intervention, the charges are dismissed.  However, this does not get a first offender completely out of the woods.  Most court records, including those of the Henry County State and Superior Courts, are open to the public until a judge enters a formal order restricting access.  This is not automatic.  After completing pretrial intervention, a defendant should hire an attorney to obtain an order shielding the court’s records from public view.  Until this occurs, charges will still appear on the court’s web page and in its public databases.

Public defenders and inexperienced attorneys often treat first offender treatment as a silver bullet. It is not. Many “first offenders” admit their guilt and complete their probation only to find that their career has been permanently handicapped.